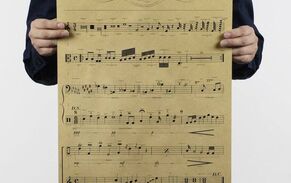 
​TANYA DAVIS is a writer and musician originally from the East Coast of Canada. She has 4 albums and 2 books of poetry, one an illustrated version of the popular videopoem, How to be Alone (with Andrea Dorfman).

Beginning as a spoken word performer, Tanya's early songs were basically poetry put to music. She didn't know what to call them (Pongs?) or how to market herself. She still doesn't. Regardless, words are central to all of her creative projects and honesty is central to all of her words. Her songwriting is a vehicle for language and begins with an urge to express something - an observation, a critique. It begs a question, seeks an answer, doesn't often find it (thus the need for another song). At General Audience, she will explore how we use music to confront our most profound sadnesses and vulnerabilities, and why honest lyrics matter...
*
KRISTA MUIR is a multidisciplinary artist with a focus on songwriting, composition, audio engineering, performing, digital storytelling and art education. She has released 7 albums to date, scored for film/tv/interactive media, toured globally as alter ego Lederhosen Lucil, produced and hosted integrated arts events, and led playful songwriting workshops. Muir connects via live performance, collaboration and education.

Part musical story-telling, part workshop, Muir will present a playful history of her song writing career to date including highlights as a Digital Storyteller and Songwriter-for-hire (unique Chanson-O-Gramme service) and then invite the audience to play the Songwriting Machine game she created to introduce people of all ages to the delight of singing and composing together.
*
JORDAN PERRY is a Canadian music producer, composer and drummer working in the global pop music sphere. Since 2013 his ear, musicality and ability to uncover the musical vision behind even the most raw ideas has attracted the attention and trust of multiple JUNO winning artists and nominees, as well as that of highly credited producers and engineers like Scott Thomas Robinson (Christina Aguilera, Demi Lovato, Bebe Rexha) and Grammy winner Thomas Juth (Elton John, Luis Fonsi, Cat Stevens). Presently Jordan operates under his personal brand, Music by Jordan Perry, to develop the song ideas of artist/song writers into modern, commercially viable recordings and to help equip them with the tools they need for a successful career in music.

Jordan will be talking about some of the compositional tools used in modern popular music, as well as developing rough ideas into fully produced recordings via online collaboration.