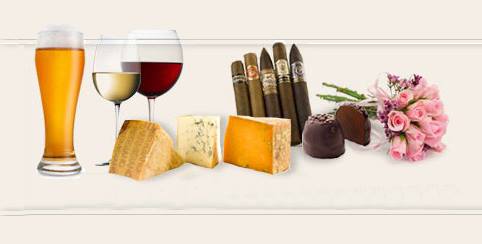 Montreal Chef Jeremiah Bullied talks CHEESE!
Dairy+Culture (the bacterial kind) = everyone's favorite food; cheese is pure magic! Let’s take a look at how it’s made, why it’s so important, and how the funkier cheeses got that way! With over 400 distinct varieties of cheese in France alone, how can ingredients so simple create such a vast array of textures, flavors and…. Smells? We will taste some of the chefs favorite cheeses and share some of his favorite culinary cheese tricks.

JEREMIAH BULLIED has been a professional chef for well over 20 years. You might know him from such neighbourhood institutions as: La Sala Rosa (Spanish tapas), Sparrow (British Gastro-pub), and The Scratch Kitchen (Indian fusion), or as the guy that catered that wedding you went to in the townships with the great food in the barn! Or the guy doing the BBQ at the market, or maybe you went to one of his food preservation or fermentation workshops? No? You should definitely attend one of those… he has one coming up!

WINE
MAYA TOUSSAINT is easy to spot and hear in a crowd with her big hair and hearty laugh. She has a background in recruitment and culture building by day and calls herself a wannabe sommelier by night. She has received the Wine Spirit Education Trust (WSET) Level 1 & 2 certifications and is going for her third one this fall. She loves to share her love of wine with friends and those willing to learn more in a casual setting by doing private wine tastings for beginners. Maya will be spending time discussing the basics of approaching wine in an accessible way and talking about how easy it is to drink, but how difficult it is to learn everything about it.

BEER is a pretty democratic beverage, but beer today is far from the beer our parents used to drink.The beer culture has exploded in the past decade, but where is it now. An overview of the brief history of the Craft beer revolution, how it started and how it manifested itself in Québec compared to the rest of the world. Followed by a projection of what we should see in the next couple of years.
What will follow the oh so notorious IPA?

HUGO JACQUES is a beer sommelier and a food & beverage enthusiast. He has been immersed in the craft beer industry for the better part of the last decade. He’s managed beer bars in quebec and Ontario, has worked for Brewery’s such as Dunham, Trou du Diable (pre-Molson), Godspeed and Isle de Garde. Every year Hugo is invited to travels the world to judge beers in some of the biggest beer competitions.

What is the value of COFFEE?
This is a short talk that aims to frame coffee not only as a delicious mind-altering beverage and affordable luxury, but one of the most complex foods and food systems in the world. The presentation will explore the four main stages of the coffee supply chain, and how coffee’s taste, the livelihoods is those who produce it, and ecosystems are impacted along the way.

CHRISSY DURCAK has an academic background in Communication Studies and Filmmaking. In 2012 she founded Dispatch Coffee which is a women-led roaster and retail brand based in Montreal. She works to design retail experiences and brand communications that connect her customers to coffees complex value chain, people impact and process, and on the production side, engages in development-oriented trade which supports the business of, and market access for small scale coffee farmers and co-operatives in multiple coffee producing countries.